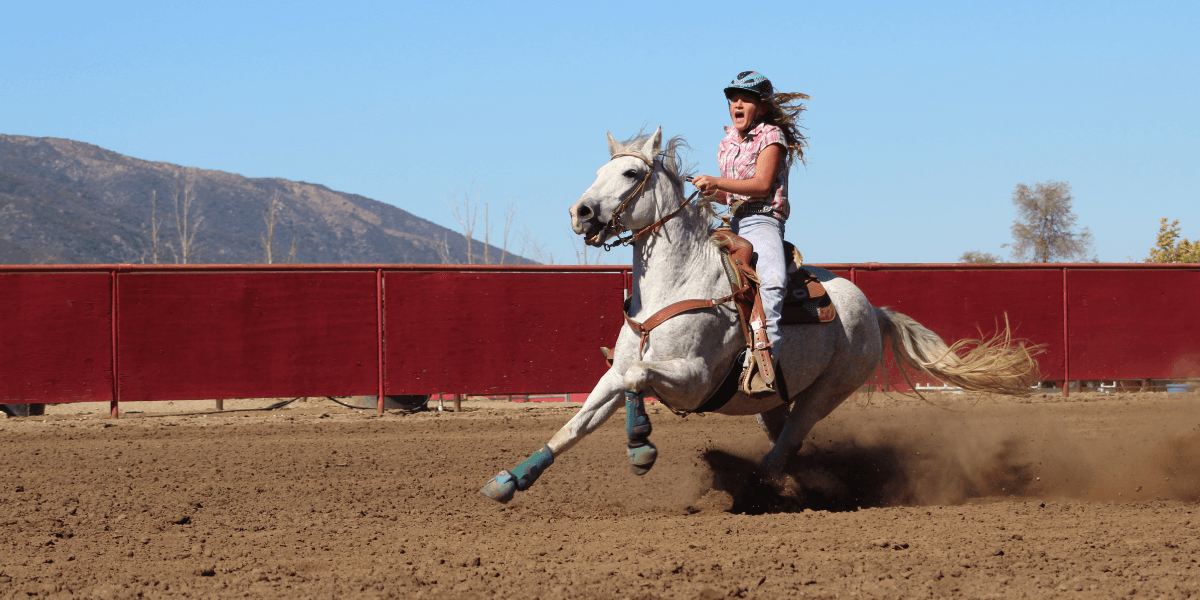 Lessons from Falling Off the Horse – Conscious Choice

Last year was a year of positive change for me. I decided after three years of study completing a Master of Coaching Psychology and four years in the same job, that it was time to take a leap of faith and leave my safe, secure and comfortable corporate job and start my own business focussed on coaching and leadership development.

Fast forward to December and I had a ‘big’ birthday. Another milestone in a deeply anticipated year. We decided to take a short break with the kids to celebrate rather than having a party (fellow introverts are quietly cheering this idea). Having had the most amazing few days swimming at the beach, exploring the shops, eating out, and drinking cocktails by the pool, our final day approached and we were all excited. We were off for a horse ride on the beach. What I didn’t know at the time was that this much anticipated activity would change the course of the next few months of my life. Yes, that’s right, I had a pretty serious accident, fell off the horse, got knocked out, was trampled and sustained some very nasty haematomas, bumps and a severe concussion.

My reflections on this incident and the weeks afterwards continue, however I’ve noticed that something interesting happened; in the moments just after the accident, and in the following few days, my automatic responses took over.

Let me elaborate. On coming to, sitting up and seeing my kids hysterically crying (they thought I had died as I’d been knocked out cold and wasn’t moving), my first instinct was to get up and go and console them. Which is exactly what I did, until I had a massive dizzy spell and had to sit down again while talking to my son. Having regained some ability to remain upright about 10 minutes later, and given the choice of being picked up in a car or riding back, I didn’t think twice, got straight back on the horse and rode with the rest of the group back to the farm. Having retold this story a number of times, I’m consistently asked ‘why on earth did you do that?’ Another automatic response; my belief that if you fall off the horse, you need to get back on and keep riding.

I spent quite a while recovering from this accident; like a really tough gym workout, the muscle soreness didn’t show itself for a few days, and I grew bruises on my limbs that continued to change to all colours of the rainbow… it was quite extraordinary.

On returning to Sydney, I had full day workshops to deliver the following week which I had yet to finish preparations for, and I had client meetings to attend. I tried to ‘jump back on the horse’. One of my key strengths is perseverance, so I didn’t think too much about it and tried to get on with things. Unfortunately, this didn’t work out too well as my body felt like it had collided with hard, wet sand at a great speed, and I realised that my brain actually didn’t work, as in; I couldn’t get it to think clearly, process and retain information and basically just do what brains are supposed to do.

After struggling for a while to persevere through this, I was talking to a friend who said ‘take a look at those bruises on your legs, that’s exactly how your brain is looking right now, it needs time to recover too.’ The local GP gave me further clarity when he told me if I hadn’t been wearing a helmet, the accident could well have been fatal.

So, I stopped. I stopped trying to work, I stopped trying to do the housework, I stopped trying to make myself get better and I tried to listen to my brain and body. Some days I had good days; I could concentrate and do a little bit of work, I could hobble around and get some washing done. Other days I had bad days; I barely moved off the couch and watched an entire Netflix series as I felt so dizzy, I thought I’d fall over if I stood up. I let people help me (god forbid!). My husband stayed home to make sure I didn’t keel over the first couple of days, the neighbours drove the kids to school, we ate reheated frozen food and I ‘let it go!’ (sing along now).

So, what’s the point of this long a convoluted story you ask? Well I’ve been reflecting on conscious choice. So often in coaching and leadership development I find my clients are on auto-pilot. They respond to events based on what their brain tells them to do, how to react, how to decide, just to ‘get back on the horse’ and move things forward.

Then comes along a time of crisis or chaos brought on by massive change, ambiguity, a new boss, new expectations, new technology – it could be any number of things. They need to make a different decision, try out a new behaviour, listen to the feedback they’ve been given by their trusted advisors and take stock. Real change happens when we allow ourselves the time and space to notice that it may be time to do something different and ask ourselves some questions. What is really happening? Is this the same as all the other situations I’ve dealt with? Is this automatic reaction really working out for me? What else could I try?

We often find that our greatest strength can actually be our biggest downfall when overused – my overused perseverance has led me down the garden path one too many times in my career. Making a conscious choice NOT to use your strength, is VERY hard work. You’re turning off automatic pilot and guiding your brain to take a new path.

So, it’s time to ask you, what strength do you use on automatic pilot? What’s your ‘go to’ behaviour to help you ‘get back on the horse’ and move things forward? How could making a conscious choice help you find a better way to deal with the chaos you’re currently dealing with?